Originally from Canada, I set out in 1996 with a backpack and an appetite for adventure. Three years and four continents later I found myself in Scotland, fell in love with it, and decided to stay.

I graduated from Edinburgh University and Edinburgh College of Art with an MA (Hons) Fine Art with distinction in 2008. Shortly after, I was hired as the Director of Art in Healthcare, a not-for-profit providing art workshops for people with disabilities as well as lending high quality, original Scottish artwork from it’s prestigious collection to hospitals and other healthcare settings throughout the country.

I had a successful exhibition the end of 2016 called “Would I Lie to You: The Art of Politics and Propaganda?” consisting of 10 large paintings of world leaders. The portraits were created with oil paint and garbage I found on the street. With the AR component it was quite humorous but also very topical, provocative and engaging. Thanks Trump! To my surprise, one art collector bought out the entire collection and for a change, I had an excess of money in the bank and time to really think about the direction I should take my work and next exhibition. During this time, I was also researching various stocks to invest my windfall, which eventually led me to bitcoin. I wasn’t able to get the courage to buy any until June but once I did, I went on an absolute tear on the exchanges buying and selling pretty much every other cryptocurrency around that looked good to me. DYOR was not a term I was fully aware of yet lol. It was not a good time for my blood pressure!

I became obsessed and spent the rest of the year essentially gambling, learning about cryptocurrency and checking my phone every 3 minutes. Long story short, by the end of 2017 I developed more of a HODL approach to investing and also, I came to the realisation that this crazy ecosystem was a new and exciting world filled with unique characters, world changing potential, volatility, and fantastic stories and it would make a brilliant focus for my next exhibition. At that point I began searching for commercial galleries or even other traditional painters who were working in the space, but I found very little online to be honest.

I usually spend a full year working towards an exhibition and so I knew it was a huge risk to invest all of 2018 into creating crypto themed paintings, especially considering after my online research I still had no idea if there’d be any interest in the artwork or, more importantly, a market for it. Then again, I’d spent half of 2017 gambling with crypto and I survived, so I figured I’d take one more massive risk. Thankfully I did as I haven’t looked back since.

Where do you get your inspiration?

My dad was a heavy duty mechanic; pragmatic, logical and pretty much the opposite of what people tend to think of me as, being an artist. Although, since I began this journey down a creative career path, Dad did try his best to get his head around the importance and value of art and I admired him even more for making the effort. Saying that, I do have a little of his utilitarian attitude. Even in art college the notion of how a painting ‘works’ was constantly on my mind. Why can one painting be so powerfully emotive and another I can walk right past with little more than a glance? Of course, this is an exceptionally complex question to try to answer but soon after graduating I was exploring how I could engage the viewer more effectively ie how could I make a painting ‘work’ better? Could I create a painting to attract one’s attention for a longer period of time?

I read a study that the median average time a person looks at a painting in a gallery is 17 seconds. This statistic stuck with me and so after art college I was very much interested in experimenting with ways to encourage viewers to spend more time looking at my artwork. This in turn led me to the potential of technology. My first commercial gallery solo show in 2010 ‘Synaesthesia’ included giving gallery visitors MP3 players and headphones to listen to the individual songs that inspired each abstract painting. This experiment almost tripled the average viewing time for each artwork over the reported 17 seconds and so I knew I was onto something.

In 2012 I began painting large QR codes in which viewers could access more information through an interactive website built specifically for the pieces. Then, a little over a year later I discovered augmented reality and my mind was opened to a completely new and exciting digital world. Although some may argue that this use of technology is in fact taking people’s eyes off the physical work and onto their mobile device, I counter that the viewer is still engaging with the art and learning about it in a more multidimensional way and hopefully, this will encourage them to come back to the physical work to experience it on even deeper levels.

So, although the themes and even my painting techniques and styles often change the one thread that ties my work together the last decade and which continues to inspire me is exploring how technology can be used to increase or enhance engagement with my art. Painting is a visual language and just like with learning any language it takes time to develop and refine and I continue to improve on bringing all of these ‘ingredients’ together. Adding extra tech layers including AR, video, music or animation to the theme I’m exploring creates opportunity but in turn it becomes an even more complex language. Therefore, I’ve had to learn how to adapt these and combine all of the components to communicate the message most effectively rather than produce something visually that’s confusing and convoluted and thereby ending up as more style over substance.

We would like to thank Trevor Jones for giving up their time to collaborate on this with us. 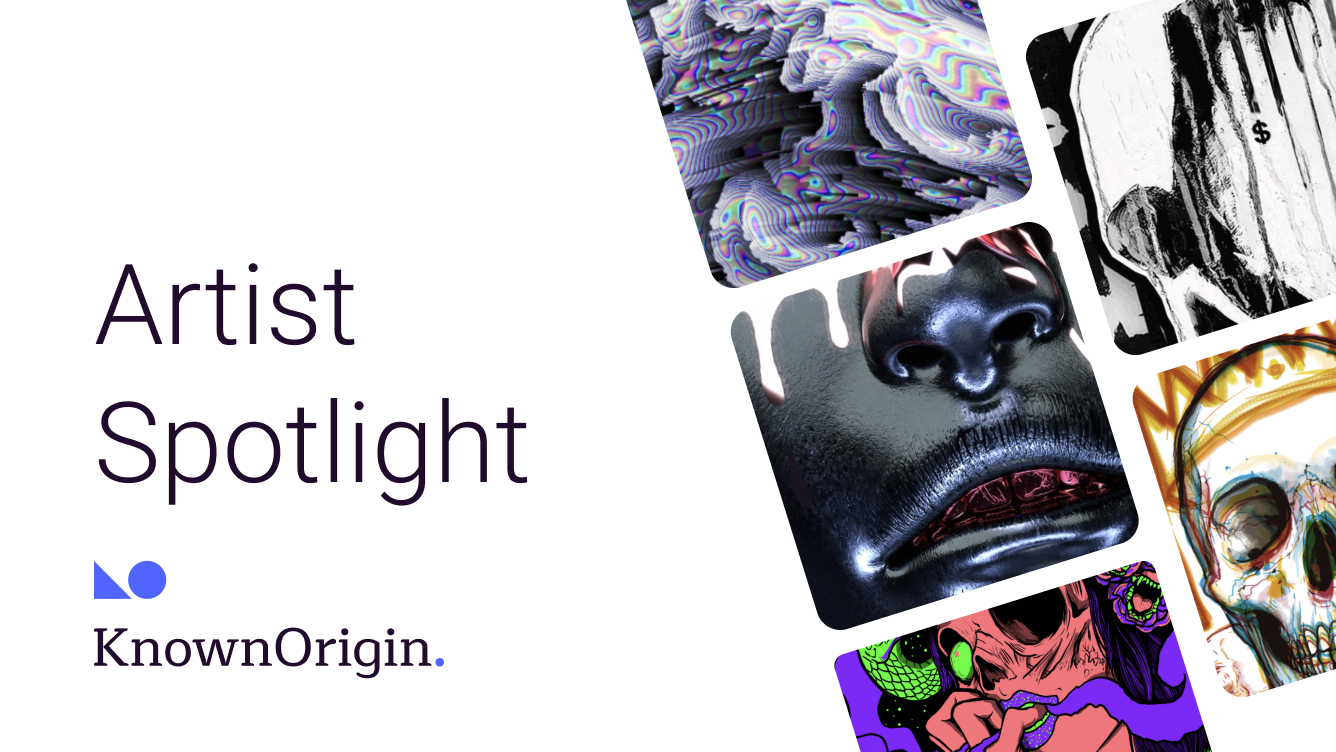