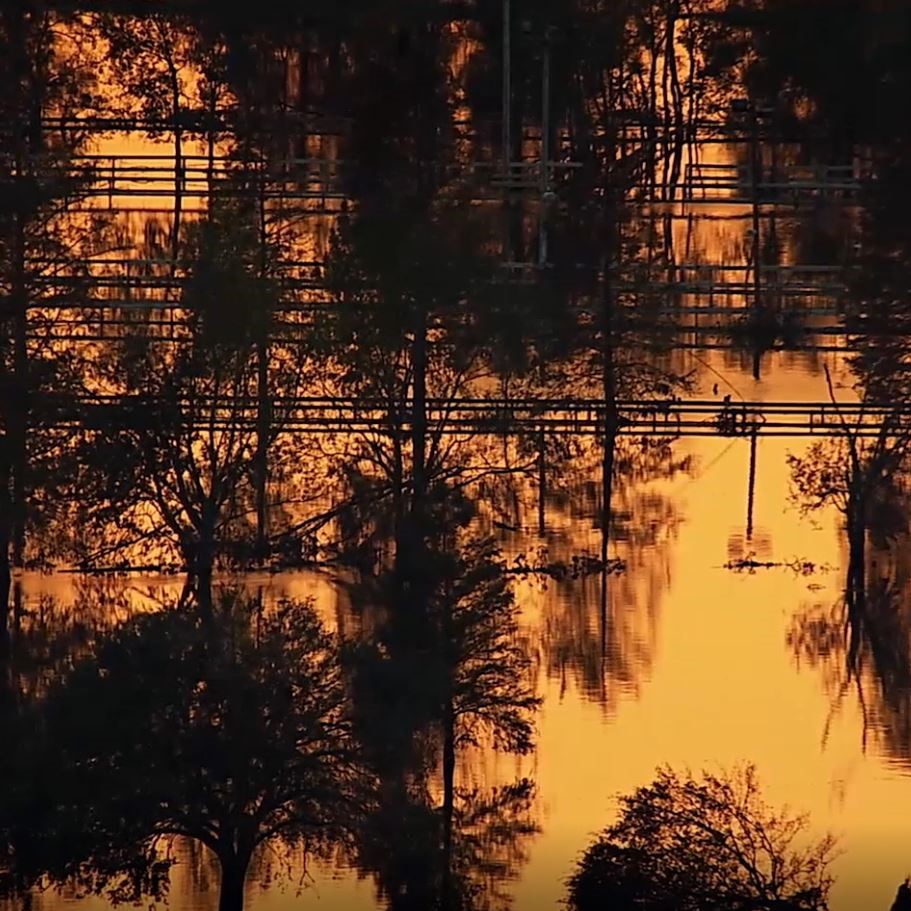 The Sungrazers are Jerry and Sara Grayson, with Toby Dundas (The Temper Trap).

Jerry - Many decades ago I was flying over a short stretch of water with clear blue skies above and a dense layer of fog sitting on the ocean. In the distance appeared a cargo ship, or at least the top half of it, heading to its destination across a sea of cloud. At that moment I aspired to be an aviator who could share some of those mind-altering moments that the forces of nature generate for us. Crypto art is potentially the purest format in which to do that; for its own sake.

Toby - I've always loved film but being a musician means the opportunity to work with the moving image has been somewhat limited to longer formats like tv and feature film. NFT's and crypto art offer a platform to collaborate on more short form ideas which really appeals to me.

SL - A lifetime filming the world from the air, working in immersive media; AR, VR, XR, motion haptics, Photogrammetry and IMAX combining live-action and CGI, has meant I've always been on the hunt to explore new technology, and the potential for minting our body of work, illustrating it with bespoke soundscapes and sharing 'in perpetuity' long after we've gone, is immensely compelling.

Jerry - I’ve just been listening to Graham Hancock on how he found ancient alignments that have never previously been noticed – simply by flying a drone over ancient sites at the moment of equinox and thereby gaining a fresh perspective. THAT’s what really gets my juices going.

Toby - Inspiration can come from a sound i hear in the street, music i'm listening to, or often times a visual image will stoke something that leads to creating a sonic companion or counterpoint.

SL - When I walk out into nature, feeling the breeze in my hair and on my skin, or the sun and rain on my face, or fly above and film our planet, I'm stunned each time by the cycle of life, the natural world's beauty, grace and symbiosis.

Jerry - I have a shelf of books on Salvador Dali, together with some signed prints. I am a Dali nut and our visit to the Reynolds Morse Museum in his honour was a seminal moment. I love what he achieves by changing accepted perspective.

Toby - I love it. Everything from the engravings of Albrect Durer, the illustrations of Ralph Steadman to the geometric inspirations of De Stijl. Right now I’m really excited about trying to learn pen plotting techniques so i can work on my own designs.

SL - Dali's portrait 'Gala Contemplating the Mediterranean Sea which at a Distance of 20 meters is transformed into the Portrait of Abraham Lincoln (Homage to Rothko)' combines vision and perspective, two of my guides. His supreme, innate skill and draughtsmanship is evident in his miniature oil, 'Basket of Bread' which is beautifully lit, perfect in every way and a million miles from his surrealism for which he is perhaps best-known, and to which I'm also drawn. Sidney Nolan, David Bailey, Sebastiao Salgado, Andy Goldsworthy, Ansel Adams, Frank Lloyd White, Brett Whiteley, Elisabeth Frink, Barbara Hepworth, Miro, Picasso, Gaudi and Calatrava - I have many many more I love!

We sincerely hope so! There is so much joy to be found outside of our city confinement. We've long-been compelled to draw attention to the beauty and joy in the natural world, yet also how existential threats manifest as a warning for what we could one day lose without showing more care towards our planet, without learning from first nations peoples, and remaining open to the words of enlightened men and women.

Jerry - I became a helicopter pilot – then a film pilot – then an aerial director – then a drone pilot and tutor. At each step I’ve felt like there are fresh canvases to work with.

Toby - I was always drawn to music and stared out in the usual ways - Annoying the neighbours trying to learn the drums!

SL - I started out travelling with my camera through Africa, South East Asia, Australia and NZ, always following the light at golden hour that would transform the landscapes I discovered, and impact my compositions. I then deep-dived into the business side of art, managing and curating for portrait photographer Terry O'Neill. However the deeper connection and narrative possibilities that film-making gives was a more complete form of art to me, particularly when filming from the air where this perspective gives scale as well as direction to, and ownership of, ones' convictions. Our films have always had soundscapes and we often film in the air with a soundtrack playing in the chopper, so working with Toby on these NFT collabs, has been a pinnacle.

Jerry - Every single flight, whether in person or remotely.

Toby - I love the repetitive patterns and phase explorations of minimalists like Steve Reich, the atmospheric scores of Clint Mansell and Cristobal Tapia de Veer and the haunting beauty of Radiohead

SL - I'm inspired to create art that is completely immersive and unlike anything our collectors and audience have seen before; vision, music, soundscapes, that complement each other, where the whole is greater than the sum of the parts. We made a film in the '90s with Werner Herzog called LESSONS of DARKNESS, and Werner's only brief to us before we left London to film the burning oilfields of Kuwait after the first Gulf War and Sadam Hussein's withdrawal, was 'bring me back scenes from another planet' - we did this, but Werner's mesmerising voice-over and soaring score, took our footage to another level.

When we visited the National Gallery of Victoria's Trienniale last year and experienced Refik Anadol's monumental generative art, we felt this was the space we wanted to be in! The term 'crypto-art' or NFTs encapsulates so many artforms from landscape photography by artists such as Cath Simmard, to 'traditional' artists who have completely embraced this 'new art of NFTs' such as Trevor Jones and Brendan Dawes. To the almost precocious talent of Fewocious, the unbridled talents that are Ishita and Gabe Weiss, the supremely generous enabler, Ali Sabet. Incredibly generous and also talented artists with very different styles are Victoria West and Mr Jon Kane. The ‘ones to watch fly, sky high’ are GoldiesNFTart and Parin. And the master, who makes us LOL every day and wonder at his boundless imagination, Beeple.

We’d like to get more weird, more out there, and find stimulating ways in this new art form to challenge established connections. We’d like to address issues that we think we should all spend more time pondering … especially from differing perspectives. To continue pushing the boundaries with our art, immersing our collectors in the infinite possibilities our planet offers, bathing our vision in soundscapes, archiving reality.

We would like to thank Sungrazers for giving up their time to collaborate on this with us.

A collab between legendary aerial film-makers and photographers JerryG and SLG with multi award-winning composer, producer and musician, Toby Dundas,