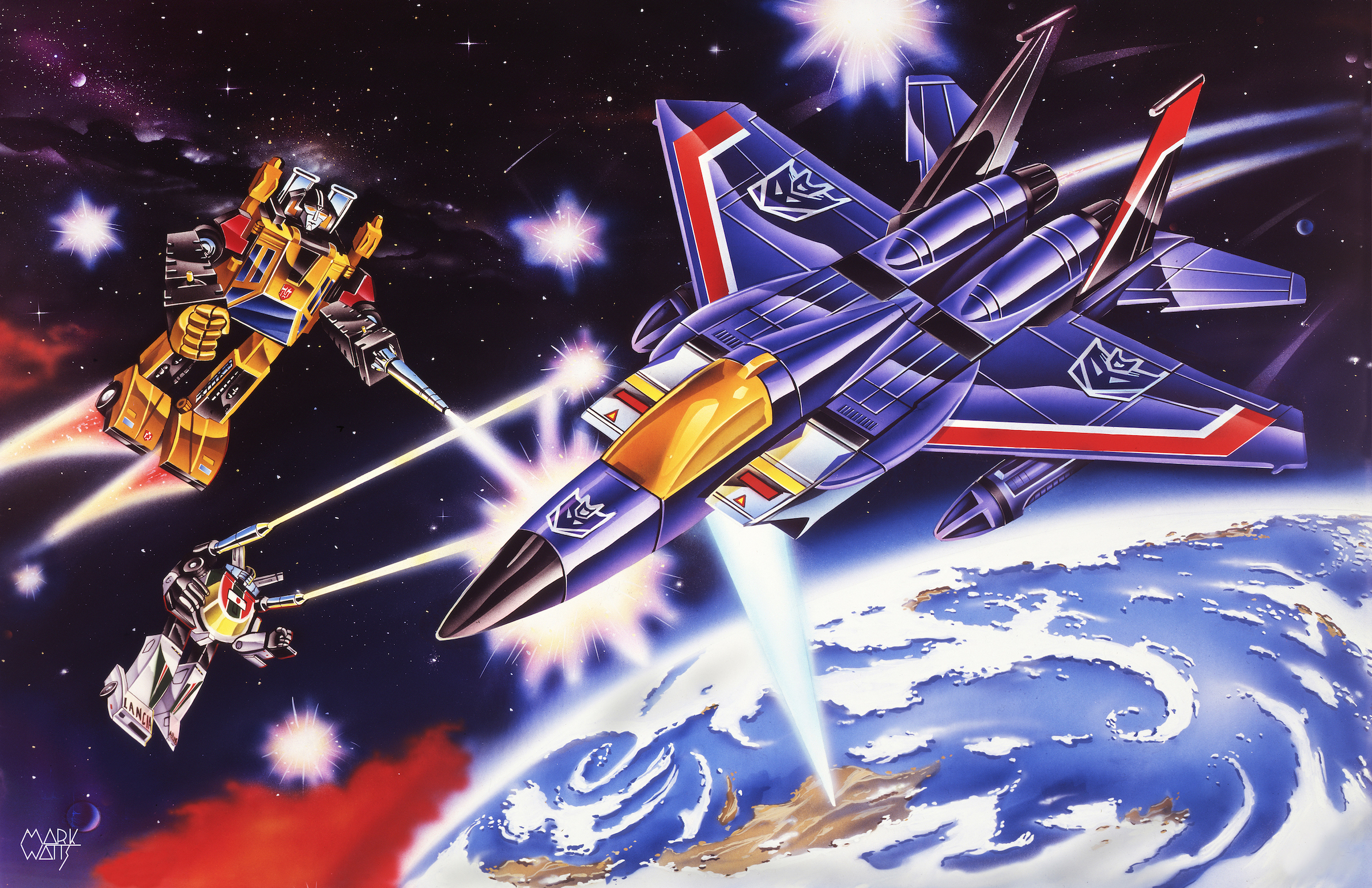 What got you into Crypto art?

I found out about the NFT Crypto art space through a publisher of mine that has published a number of Transformer books with a lot of my work in the books. He said I should look into NFTs because my art is collectible and a piece of history. I have a lot of well-known Transformer Art, over 50 Pieces as well as other well-known artworks.

I am the Original G1 TRANSFORMER Artist from 1981 and beyond. This art is a piece of history and what better way to share and preserve the art than with limited edition NFTs. I also have many other well-known pieces of art that I think we will be making into NFTs.

I have completed projects and commissions for Walt Disney, Budweiser, The Rolling Stones, Warner Brothers Pictures, Paramount Pictures. I have one a number of well-known movie posters too.

Everywhere... I have been creating art for 40 years it comes easy. I like Cars and reflective surfaces, also nature. I get inspiration from ideas that pop up in my head during my downtime. Also some times in dreams. I also do commissions, so someone gives me a verbal idea, and I usually elaborate and come up with sketches. I also do Transformers commissions of scenes that never existed in any packages or put together someone's favorite in an exciting scene.

What do you think of traditional artists and artwork?

This is where I came from Traditional Art it is a good place to start learning to draw first... My traditional creative process is first to imagine the art I want to create in my head. I will think about it in my downtime. After thinking about it for a few days or so I have the finished painting in my head. Then I work on a number of sketches and when I work on sketches I can see the finished art in color in my head. I refine the sketches with tracking paper overlays until I have a tight drawing to transfer to a hot press illustration board or canvas. Working in digital is very similar, I just transfer the hand drawing to the computer. As far as traditional art the gallery has been declining over the last number of years. I think the NFT market is a great new thing for art collectors.

I always drew and made art for as long as I can remember we all did as children I just never stopped. So all through school I always drew and did better in art classes than anything else. Then when I started college I had an art teacher Alan Magee. One day he took us to his studio in the woods with a small brook running alongside his studio where he did illustrations for book covers and Time Magazine covers and other commercial work. Once I saw how he made his living that was it for me from that point on I was going to be a commercial Illustrator. Well, when I was first out of college it took me six months to get my first job and I was really trying hard. I would get up early every morning and make calls to New York publishing companies, book companies, magazines, ad agencies and try to get appointments to go in and show my portfolio. In between calls I was working on new pieces for my portfolio. I would go to New York once a week and have anywhere from four to seven appointments set up for that day.

It took six months until I got my first job. How I got my first job is that I was hired by my future wife’s Uncle Frank to paint a portrait of Pope John Paul who was the Pope at the time. I had the original airbrushed painting in my portfolio when I went in to see William Morrow Publishing. The art director’s name was Cheryl and she looked at Pope John Paul’s Painting and loved it. They were working on a new book, Man From A Far Country about Pope John Paul. She said wait here, I would like to show this painting to the editor and some other people that would make a final decision. She came back about ten minutes later and said they would like to use it for the book cover. Of course, I was very excited, my first published piece! She said they would pay, I think it was $750.00. I said I would need more and as I can recall, it was about $1,300 and she said OK just like that. That was the start of my illustration career.

One final note on this story, on this day I was getting a little disgusted and could not believe I did not get one job after maybe 70 or more showings of my portfolio but I knew I had some good Illustrations. That day it was raining so hard I was soaked and the wind was blowing my 40″ X 30″ portfolio all over the place. I remember opening the large door to William Morrow Publishing on my way in and saying now this is a mission I will never quit.

That is the day I got my first illustration job. After that a lot of the New York publishing companies, book companies, magazines, ad agencies I had seen over the past six months started calling me. After a while, I now had some printed work to show agents. I was able to get an agent, Mendola, and he got me a lot of high-profile jobs.

Which other artists do you admire?

There are so many I don’t know where to start so I will just give a few, as far as NFT Artist…..Amrit Pal Singh, although there are many more. As far as Traditional: J. C. Leyendecker, Salvador Dalí, and Michelangelo.

I am excited about the NFT marketplace. We are going to bring a lot of my high-profile Art to NFTs as limited edition collectibles. Own a piece of history!!

I am also working on some commissions as well as many new art pieces that I have ideas for work in traditional and computer generated as well.

We would like to thank Mark Watts for giving up their time to collaborate on this with us.