Serena Tabacchi is a digital entrepreneur, she works at TATE Modern and is the founder and director at MoCDA, the Museum of Contemporary Digital Art. She is currently researching on how to curate digital art IRL (in real life) and virtually.

In this work the artist is underlying the human capacity of navigating into the sublime realm beyond the tangible, a space between the familiar and the unknown. The neutral body in the centre of the image is being watched, surveilled, while it stands imperturbable, exposing its mind and soul. The natural elements that fill the space are a reminder to the viewer: about the body belongs to the terrestrial, yet tending to the unknown.

Hang On A Minute Lads, I've Got A Terrible Idea...

As we are all affected by the fast spreading of Covid—V19 we are left to believe that even the most impossible scenarios may as well become a reality. This work pictures a surreal scene: a vehicle or a corridor with paramedics onboard and a stack of undistinguishable items: drugs, gold, explosive, surgical equipment, which, all of a sudden, become irrelevant to the scene. The title suggests that something has happened or is about to happen while it captures the human incapacity of standing still. The artwork moves in a loop, adding a sense of eternal struggle in contrast to the apparent calm, surreal background. The mountains bring some sort of reassurance to the confusion of the central action.

THE DETENTION OF TITANIA

Miss Al Simpson has a distinctive style. Simpson is not afraid of using bright and powerful colours. The intentional marks on Titania’s body and face reveal her beauty, redirecting our attention to the quarantine tape wrapped around her waist. Shakespeare’s fairy queen has lost her magic aura and is here portrayed to remind us of the very precarious balance of our lives.

In this work GISELX attempts to visualise the hack that occured in July 2016 on the Ethereum Blockchain. The DAO fork replay attack caused the separation of the Ethereum Classic from ETH. Like in a photographic negative, GISELX brings out the colours of the separation, and the hack is reborn in an act of harmony.

Tokenized Cloud Sphere One (YYZ to MCO) — from Toronto, ON to Orlando, FL Martin’s work is harmonious and calming. When I met Martin we spoke about the connection between the clouds series and the Blockchain technology. We went on discussing how the clouds resemble the existence of data on chain, speculating on the fact that nothing is ever changing, and it is inevitably connected.

Keep distance shows the desire and tension between two bodies. The barren Earth is deprived of its life as we desperately look at these humans unable to touch one another. Life may flourish, again.

We would like to thank Serena Tabacchi for giving up their time to collaborate on this with us. Follow @MOCDA_ for their updates and insights. 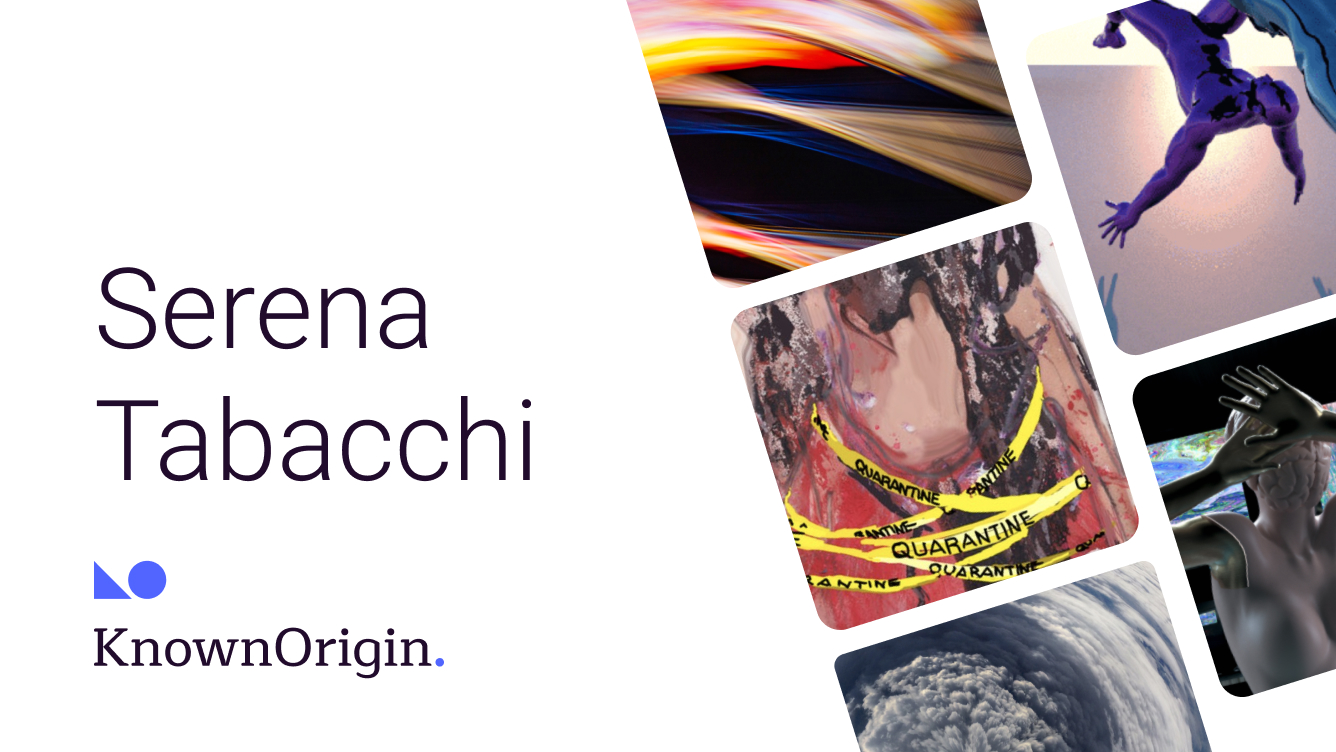