Filippo Lorenzin is an art curator, writer and teacher. Originally from Italy, he is a curator of the Museum of Contemporary Digital Art and previously worked for the Victoria and Albert Museum, Goethe Institut and Paris College of Art. His texts have been published in international magazines (FlashArt and Hyperallergic among others) and he currently works at the Peggy Guggenheim Collection in Venice, Italy.

His activity is focused on the research of digital culture and art in the broader context of art history. He worked on exhibitions, workshops and webinars aimed at developing a critical approach towards new media and online platforms that go beyond the niche definition of “new media art."

As reminded by Portoguese artist Oficinas TK, Carl Gustav Jung once stated that "in alchemy, the egg stands for the chaos apprehended by the Artifex, the prima materia containing the captive world-soul." In this 3D illustration, an object that looks like an emulation of a real egg is measured and analysed. The smoothness of the shadows and the interesting composition makes it a fascinating work.

Cano generates pictures of clouds that makes the viewer feel nostalgia, as if they were cropped from photographs we took while on holiday many years ago. The bright backgrounds make the white clouds in the foreground look like lonely beings, lost in the void.

The curved line is traditionally linked to the organic realm; animals, plants and humans are defined by curves, rather than straight lines. "1905 JQ01" by Brad Damico works like a Rorschach test; what are we supposed to think those twirled shapes are meant to represent? A marble surface? Perhaps the clouds photographed from above the Earth? The work is a joy for the eyes, no matter what your interpretation is.

Time is relative. Philosopher Henry Bergson became aware that for the individual, time may speed up or slow down, instead of remaining the same as claimed by science. "Looks like thinking/Parece que piensa" by Parts Labour seems to be a reflection on the psychological experience of time; when we think, past, present and future mix together resulting in a boiling flux of perceptions.

Yellow and pink flowers are disposed on a pitch black background. We feel observed, though; on the left, behind the plants in the foreground, we notice an eye bulb staring at us, curious and cute. "Curiosity" by lenny is dark and sweet at the same time.

We would like to thank Filippo Lorenzin for giving up their time to collaborate on this with us. Follow @fi_lor for their updates and insights. 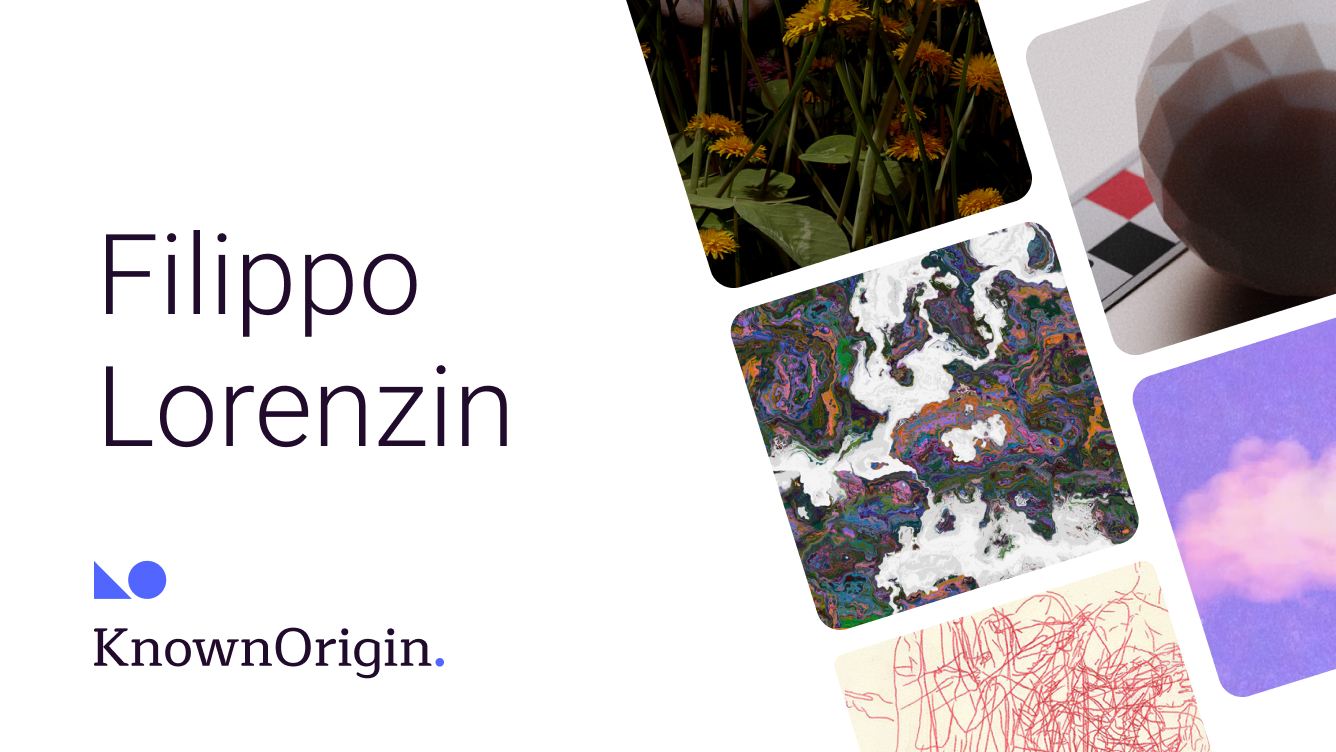