Annalese (better known as Bitcoin Queen) is a Streamer and event host in the crypto space. She currently runs The Block Babes, a show geared towards educating and empowering Gen Z and women. Annalese is also an active member of the Miami Crypto community and is working on bringing blockchain awareness to Miami.

The integration of AI into our society speaks a lot to me. Humans are afraid of robots will take over, I see that otherwise. I believe the automation of our lives that will not only let us live better but also longer.

I find this piece Ironic. Doge is infact one of the most prolonged/ original meme coins. I don't really see that changing. Between elon musk, Gen z tik tokers and the hype behind the currency hitting a penny- its earned its spot for being unique. Funny enough, some of my friends that i've taught bitcoin to did not want to purchase bitcoin and bought DOGE instead. Doge is one of those coins that may never see high numbers due to its infinite supply and lack of utility, but it had a strong community that gets a laugh behind it definitely represented in the piece.

I like this piece because this is what im trying to make a reality. Fiat can be associated to almost any problem presented in modern society. Many people associate money as being the root of all evil. I am in the belief of bitcoin and the crypto economy being a solution to that. I want to generate knowledge in the Miami community and turn them into a crypto city. Miami has the potential with the willingness of mayor francis suarez and the blockchain business association. 2030 is a very realistic possibility of miami becoming a true crypto city in the US

This piece speaks truth, Bitcoin is sovereign money- it does not live within any government, country , under rule, or policy. This piece represents a sacred place for bitcoin and all that comes with it- from keys to mining rigs. It represent the process from which bitcoin is "born" and transacted. The differences in "age" and "types" of bitcoin narrates a story behind its history.

There's a certain beauty to bitcoin. Half of it is the technology, the other is it the lack of knowing the creator. The story of satoshi Nakamoto and how people have took it over the years is amusing. From tracking down a Asian scientist in california to Identifying it as a group of people. None has been successful at figuring it out nor do I want them to. Identifying a creator behind bitcoin takes away for its majestic state. Hal Finny is no longer with us anyway... the world may never know and I'm ok with that.

This painting can be interpreted as a ying and yang type of symbolism. Currently, Bitcoin and ethereum can be seen as "balance between each other" - I find it to be more than that, although more on the opposing sides because they are solar opposites. realistically speaking most projects are operating on eth outside of bitcoin itself. It's a bit counter-productive due to all the stress put on the network- but there are no real competitors.Thus, these are really your two main options in the space whether its eth itself or a token built off it. the black symbolism of eth represents its opposite of sovereignty and purity that bitcoin portrays ( meme coins, high fees, stressed network)however the white stripes represents the good in the market (Defi, protocols) likewise with bitcoins black strips it represents its shortcomings ( slow, "expensive"). Overall- when Bitcoin is getting liquidated, people rush to alts like eth and vice versa creating a balancer effect.

We would like to thank Bitcoin Queen for giving up their time to collaborate on this with us. Article by @TheBTCQueen. 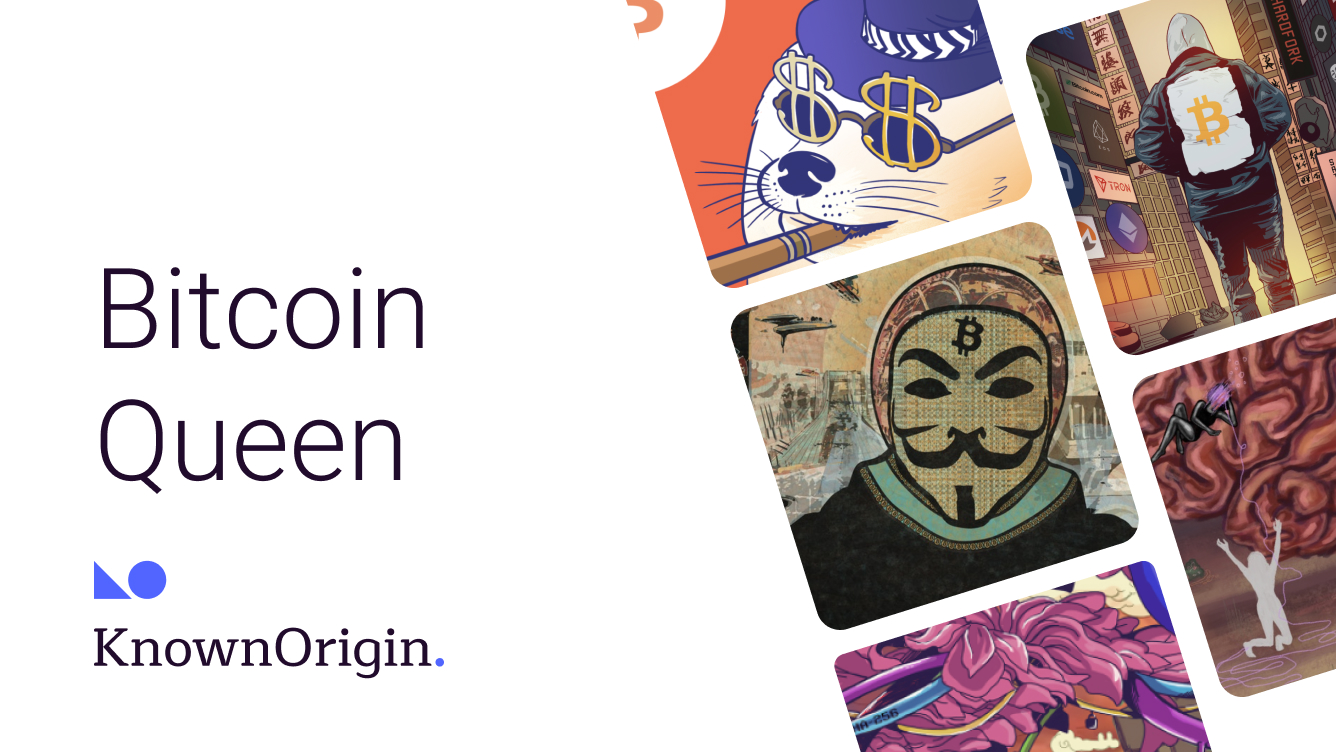