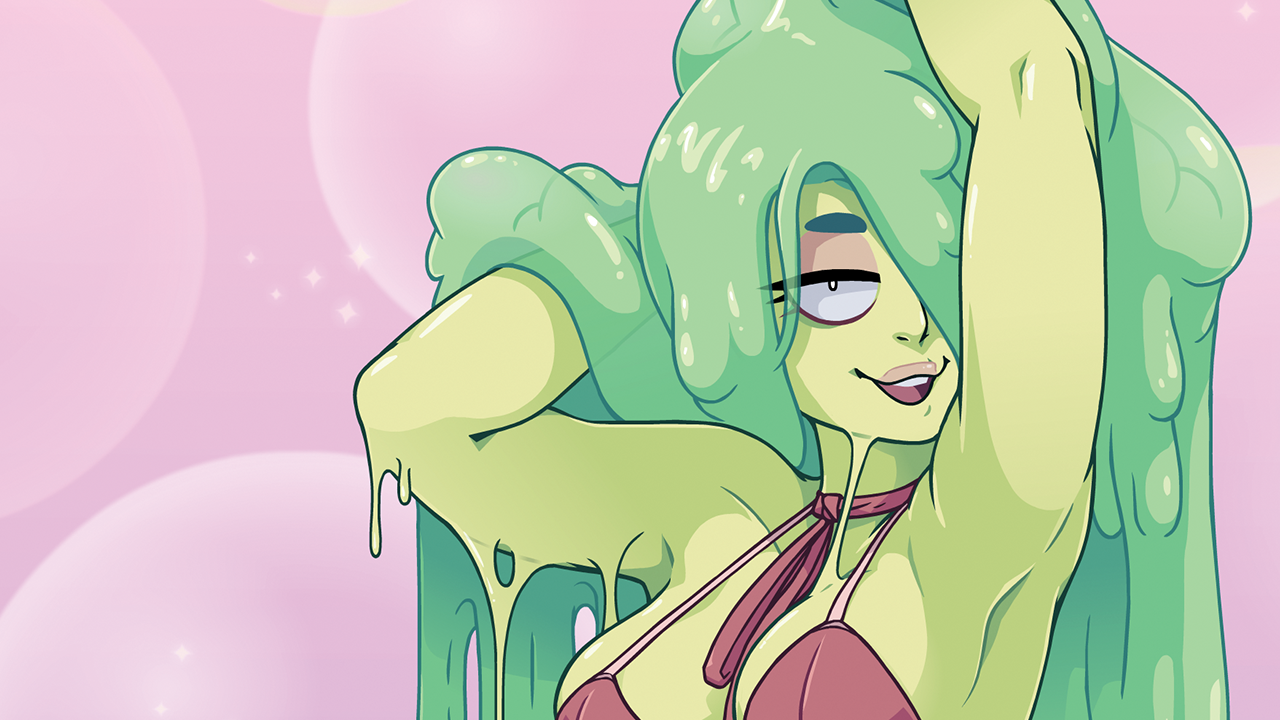 Yo Mama has been producing digital content since 2011; taking Yo Mama jokes further than anyone thought possible. What started as self-contained YouTube videos featuring user-submitted jokes has now become one of the longest-running animated series on the internet. Complete with a world full of characters who have their own games, plush dolls, action figures and now NFTs.

Yo Mama's debut drop on KnownOrigin is in collaboration with lead artist and animation director, RedMinus. In keeping with his signature art-style and his love of 80s & 90s animation/video game culture, each work features fan-favorite character

"Slimy Mama, aka Michelle" in a sexy pose. “Even though she’s slimy, I thought it would be funny to make her pretty; mixing gross and sexy together. That's why I think the pinup style works so well.” - RedMinus

The collection features three NFTs of increasing rarity including a 1 of 1, 1 of 5, and 1 of 20 NFT, each of which unlock exclusive character sketches and poses along with access to an exclusive Discord server only for NFT owners where you can submit ideas for the next Slimy Mama drop.

On a mission to showcase the utility of NFTs beyond a wallet-brag, this experimental drop is part of Yo Mama's long-term work to collaborate with the community to create unique work for all of its characters, with more NFT drops for other characters to come in the future.

Yo Mama is an animated internet show that started in 2011 with five million subscribers on YouTube.

two prayers for the lost