Fungus Abnormalus or The Mystery Of Dolebury Warren • 🔥 Featured Drop

We found the mysterious Dolebury Warren in the South West English woodland area known as the Mendips while under the influence of psilocybin and were immediately transported into what felt like a videogame-style adventure comparable to no other. 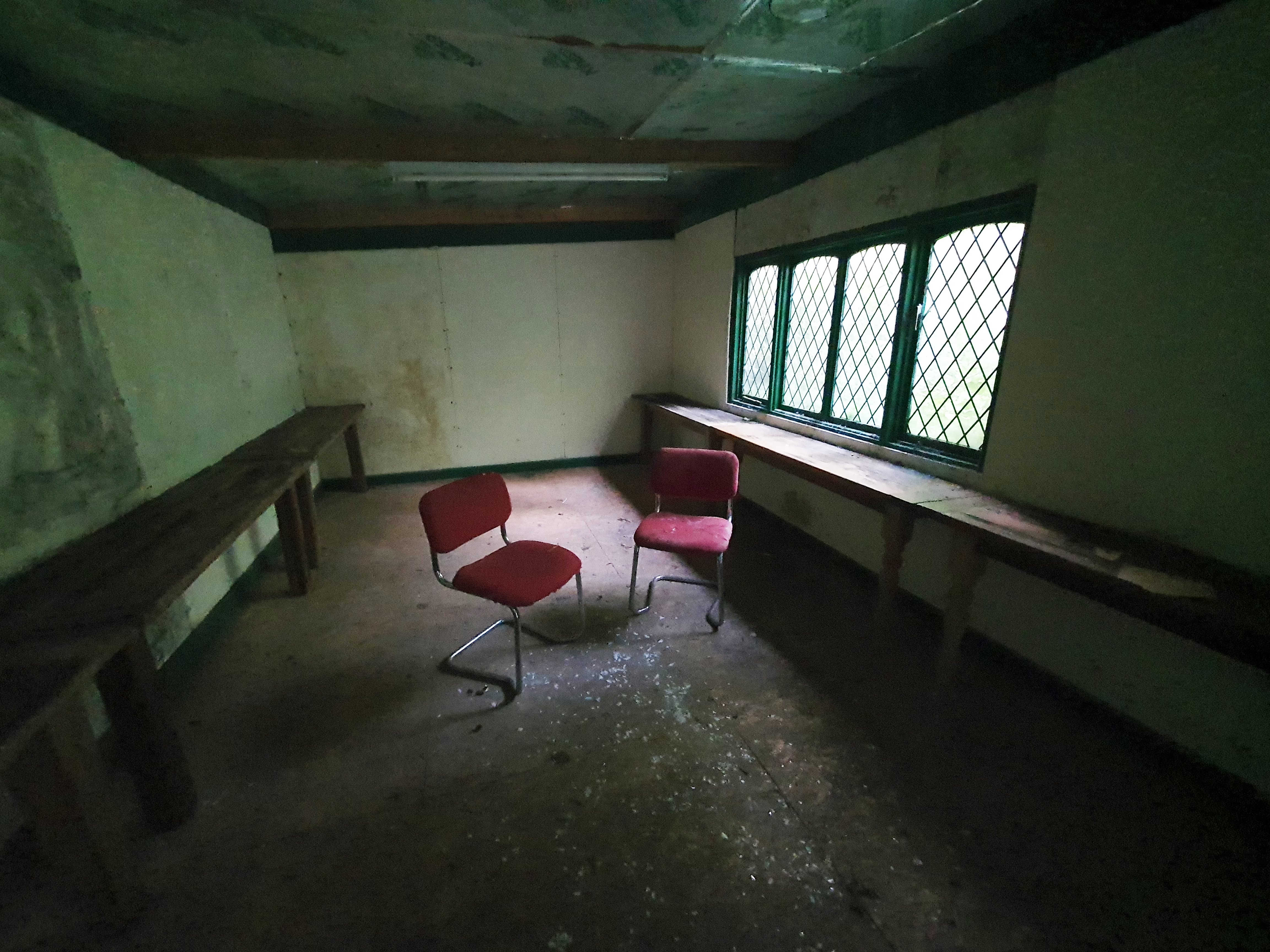 The beautiful scenery of the invitingly empty woods, rich with local fauna (we briefly saw a deer in a clearing), led us to the discovery of several ancient ruins as well as a decades-old building which appeared to be some sort of gentleman’s hunting club. Following a conversation with the Langford Estate we subsequently learnt that this building was actually the gamekeeper’s lodge in times gone by. 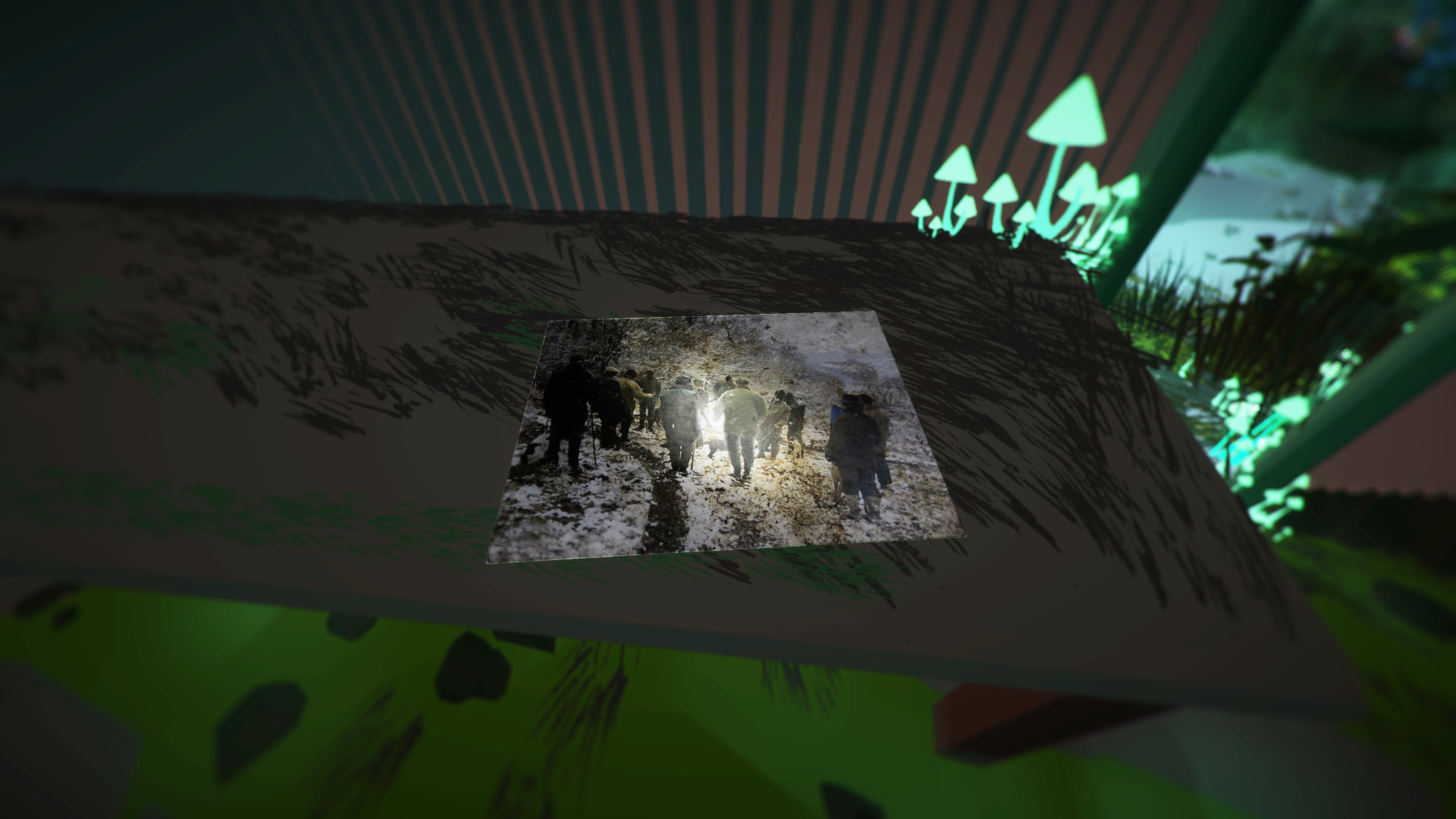 The lodge still had two chairs and a board on the wall with various instructions, timetables and a 1968 hunting law document still visible. Not only that, the table displayed a bizarre and truly haunting photo of these gents in tailcoats with their backs turned to the camera - a detail which we recreated using VR and added to the piece, presented as it originally was inside the lodge. 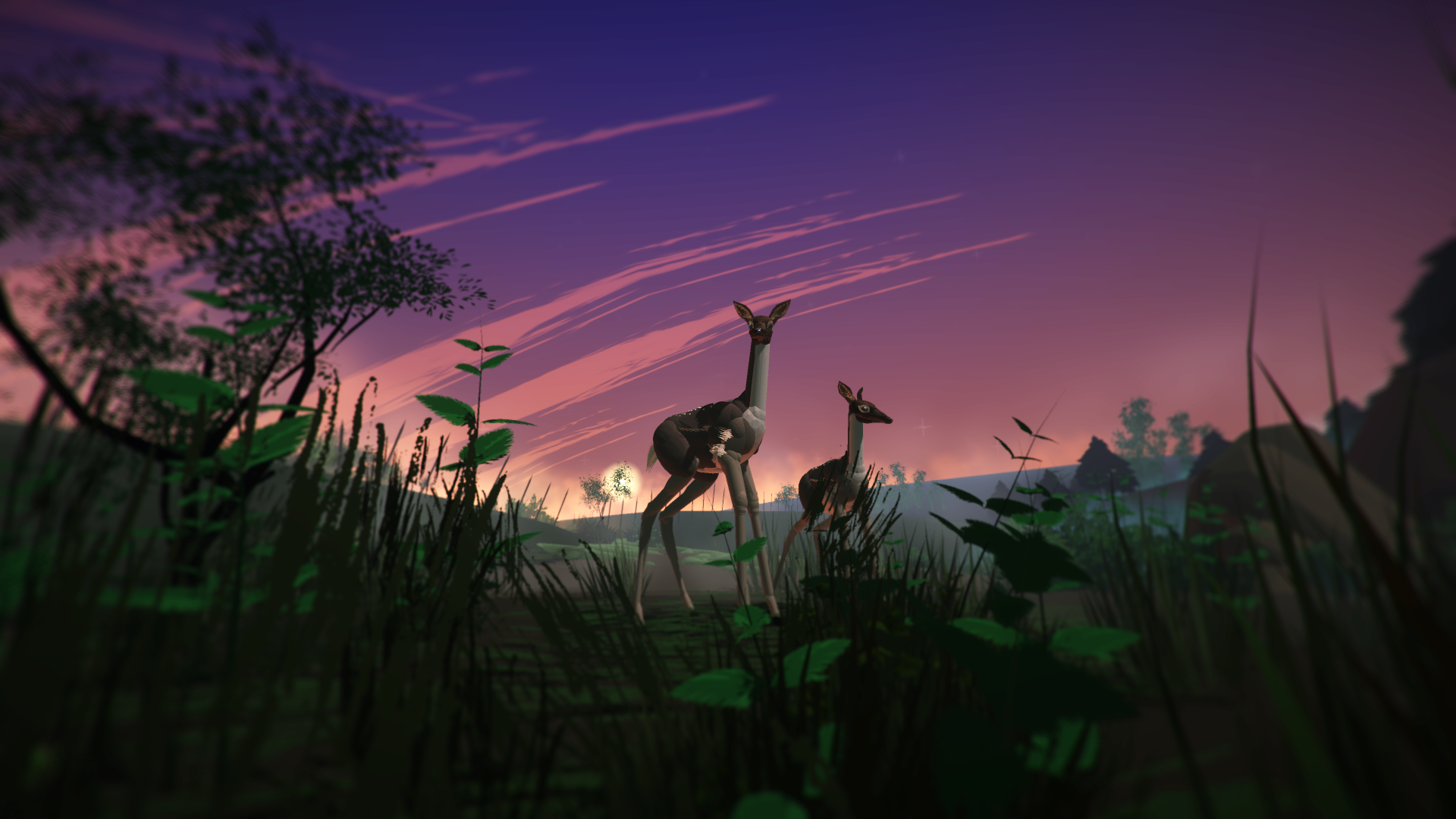 While further exploring the area we found large abandoned containers, hunting lookout points, blue barrels, signs and other bizarre artefacts spread over a section of the wood dedicated specifically to hunting. We later returned to this magical place to record sounds to use for the piece’s audio. However, to our dismay we found that the lodge and hunting grounds had in fact been partially demolished. 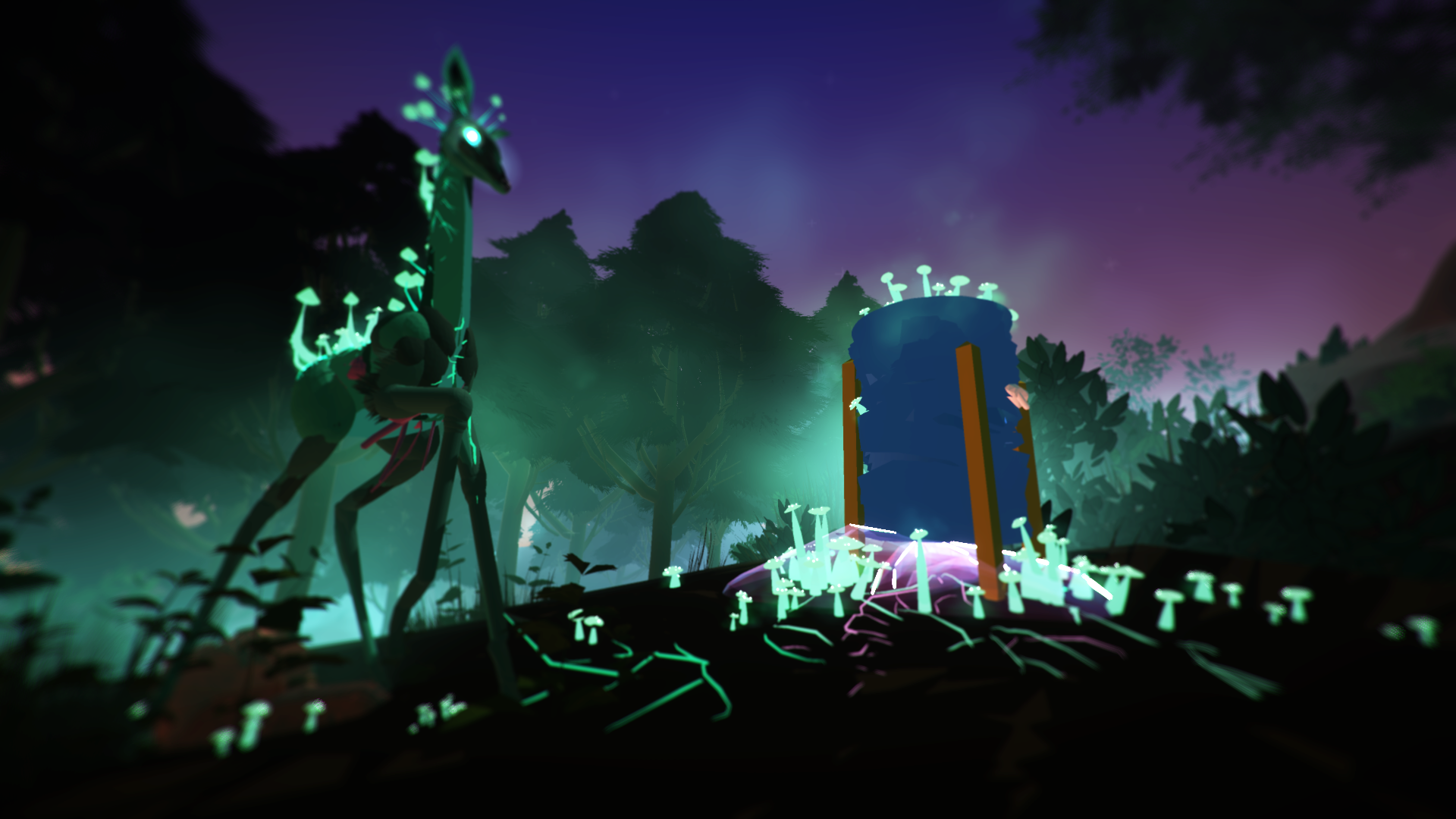 We might never find out the whole story of this magical place and why, soon after our discovery of what felt like long-hidden treasure kept relatively intact for decades, the buildings started being taken down, along with the spooky gentleman’s photo. What we’ll never forget is how our initial awe-inspiring adventure started turning into a bad trip as the night fell and we started to get ourselves lost into the thick woods and the darkness of that Fungus Abnormalus. 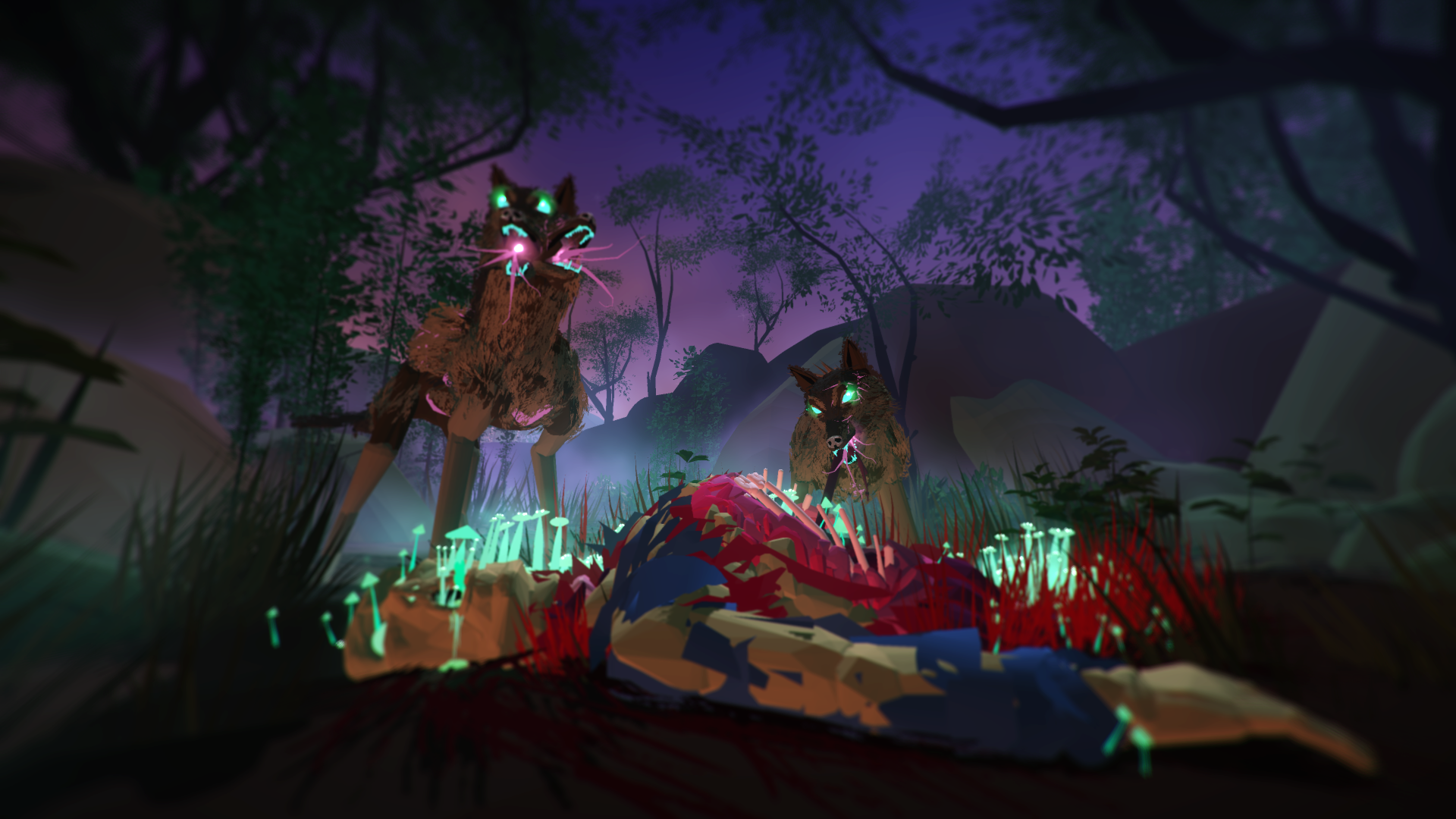 Hand painted in VR by CryptoSpectr. VR Storytelling concept and VR filming by Spaced Painter based on our experienced events. After Effects and Sound Design by CryptoSpectr and Spaced Painter including our breathing and footsteps walking into the lodge as well as bird sounds recorded at the location.

Exploring digital Art tools since 1995, professional Artist & Designer, have worked with high profile clients in a number of industries, but very happ