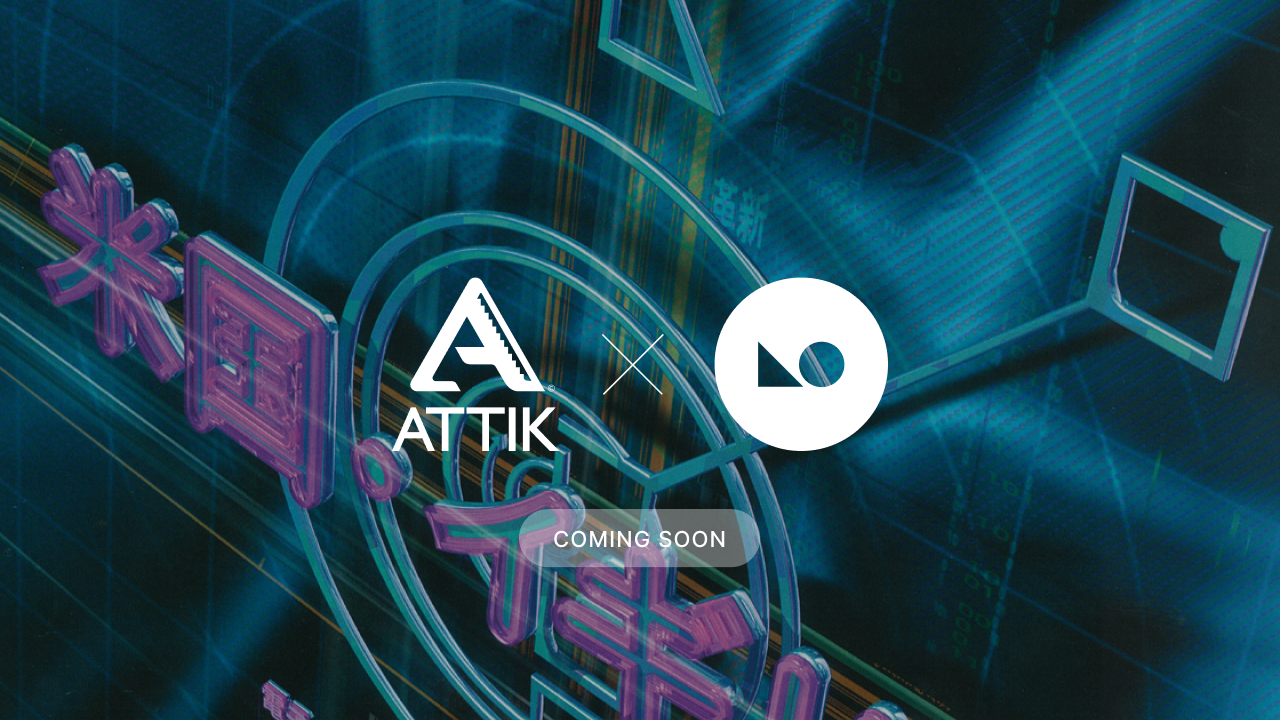 With the creation of blockchains and NFTs, technology has given graphic artists a long-needed means to monetize and protect the value of fully digital work.

This incredible new world isn’t just kicking open doors for new artists on the scene, it’s reinvigorating the inventors of digital art, who see the emerging Web3 tech as an opportunity to create a new stage based on an original purpose.

Among those pioneers are James Sommerville and Simon Needham, who founded the highly influential design agency, ATTIK, as Huddersfield teenagers in 1986. Few OGs have made a greater impact on the digital art story.

In possession of a £2,000 start-up grant from the UK’s renowned charity, The Prince’s Trust, the two founders formed ATTIK in Sommerville’s grandmother’s attic bedroom, which served as their first creative studio.

From their humble beginnings, Sommerville and Needham always saw new technology as a means to push artistic boundaries, risking all their royal charity money on the newly released Mac Plus. Though sporting only 8kHz and 4Mgs of RAM, in the hands of the right artists it became powerful enough to change everything.

Over 3+ decades, ATTIK produced industry-changing work for multiple global brands, but perhaps most memorable for creative students and aficionados of design, was ATTIK Noise. The series of creative books featured five volumes released over ten years, with NoiseFive being self published and printed close to their UK design studio in 2006. The Noise project served as a safe/unsafe place for graphic experimentation, showcasing ATTIK’s designers’ most untethered and personal expressions.

With Noise, the design royalty status of Sommerville, Needham, and the original street artists of ATTIK is undeniable, with the work seen as forever shaping the digital art landscape.

Noise was an NFT long before there were NFTs

“There’s so much influence and energy that comes from ATTIK’s community of digital artists,” says Needham. “With the surge of NFTs and long-overdue success of digital artists, it’s time to share that incredible work and use it to prepare the stage for a new generation of ATTIK Noise designers, wherever they are in the world.”

Continues Sommerville, “We like to think we have a culture that was built on innovation in all forms, seeing new tech as a powerful tool for advancing art. We pushed the technology in the 1990 and 2000s. It was important to do that then, and now with blockchain and other Web3 tech, it will be important for up and coming creatives.”

For KnownOrigin co-founder David Moore, ATTIK has had a major influence on his career "ATTIK have played a massive part in shaping my creative career, I can recall seeing my first NOISE annual way back in 2002 whilst studying at Huddersfield University. From that moment I had to investigate who they were and how the hell these guys were creating such amazing digital graphics using the same photoshop and illustrator as me. As a young designer this was all the inspiration I needed!

I truly believe that ATTIK influenced a generation, now many of those creators are in the Web 3 space. Fast forward to 2022 and I can now proudly say that I'm working with the original ATTIK team that had such a big impact on my world thanks to NFTs"

ATTIK Noise NFTs will be more than important, historic and incredible visual collectables, but also access for owners to be part of the next ATTIK community, planned events, collectable physical items, and the chance to be included in NoiseSix, no longer constrained by pages, or even physical space.

“We hope to invite designers to become involved with our planned NoiseSix,” says Sommerville. “We’re imagining a completely immersive digital expression of the previously printed books. It will be a stage for creative voices with a shared design to push digital art. We’ve always been proud to use our position to give designers an opportunity to create meaningful self-expression as part of a wider community”

“Watching the surge of digital via NFTs, it reached a point where it felt like that world is missing out on a sense of history and past influence,” adds Travis. “Who were the individuals and the movements who brought us to where we are now? We’re in a rare position to connect the dots for our fans and new collectors from the work that started it all to what’s going on today.”

As proud as Sommerville and Needham are of Attik’s influential past, they feel the best is yet to come, with new technology on the side of ground-breaking design more than ever. With the still-untapped potential of the Metaverse and VR/AR, a massive, immersive digital palette has emerged, giving limitless room for ATTIK partners, artists, and global followers to engage and experiment on the next Noise stage.

Definitely a huge leap from the four walls of a small attic.